...a bustling small rural centre, with its own administration, small businesses and skilled craftsmen, and a favoured spot for English lords enjoying the excellent salmon fishing on the Vosso river. Today, Evanger is a quiet, small village in the municipality of Voss in Vestland county, Norway, just where the river Vosso meets the lake Evangervatnet, about 20 kilometres west of the municipal centre Vossevangen.

The E16 highway, one of the main routes between the city of Bergen and the Norwegian capital Oslo, runs past the village. On the Bergensbanen railway line, which also runs past the village, the local Bergen-Voss trains all stop at Evanger Station, whilst the Oslo-Bergen express train stops in Voss, and you need to transfer to the next local train.

The village used to be the administrative centre of the old municipality of Evanger, which existed from 1885 until 1964. Evanger Church (Evanger kyrkje) is located in the village centre. In the village there is a sausage factory, a fine carpentry workshop and other small industries, a school and a kindergarten, and an excellent grocery store with a wide selection of beers and local produce, as well as basic day-to-day supplies. 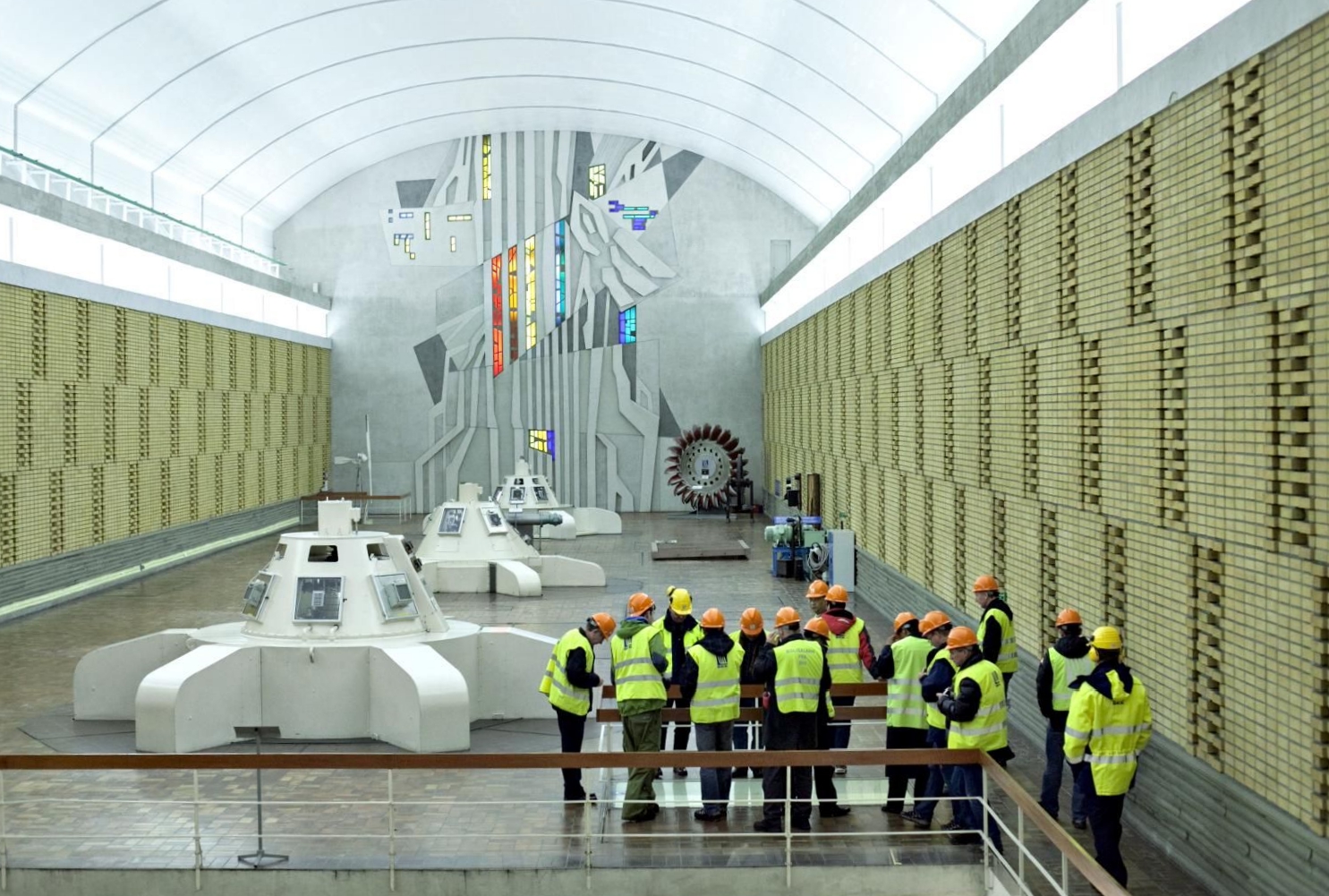 The Evanger Hydroelectric Power Station (Evanger kraftverk) is situated 1,500 metres inside the mountain just on the edge of the village. The power station started production in 1969, was modified in 1977, and has been undergoing new upgrades since 2016. The original construction activity, lasting twenty years, reached its peak around 1965 when the construction crew totalled approximately 500 men.

A total of 45,000 cubic metres of rock were excavated to create space for the installations. The machine hall inside the power station is enormous, with a monumental wall-mounted sculptural relief, by Reidar Johan Berle (1969), on one wall, the largest ornamentation of any Norwegian power station to date.

It is the tenth largest power station in Norway, is equipped with three Pelton turbines, and produces approximately 1.3 billion kilowatt hours annually. This is equivalent to the electricity consumption of 65,000 households.

The power station is supplied with water through a 34.3-kilometre long tunnel from the intake reservoirs, Askjelldalsvatnet and other lakes, high in the mountains north of Evanger and above the Eksingedalen and Teigdalen valleys. The tunnel has a vertical drop of 770 metres. 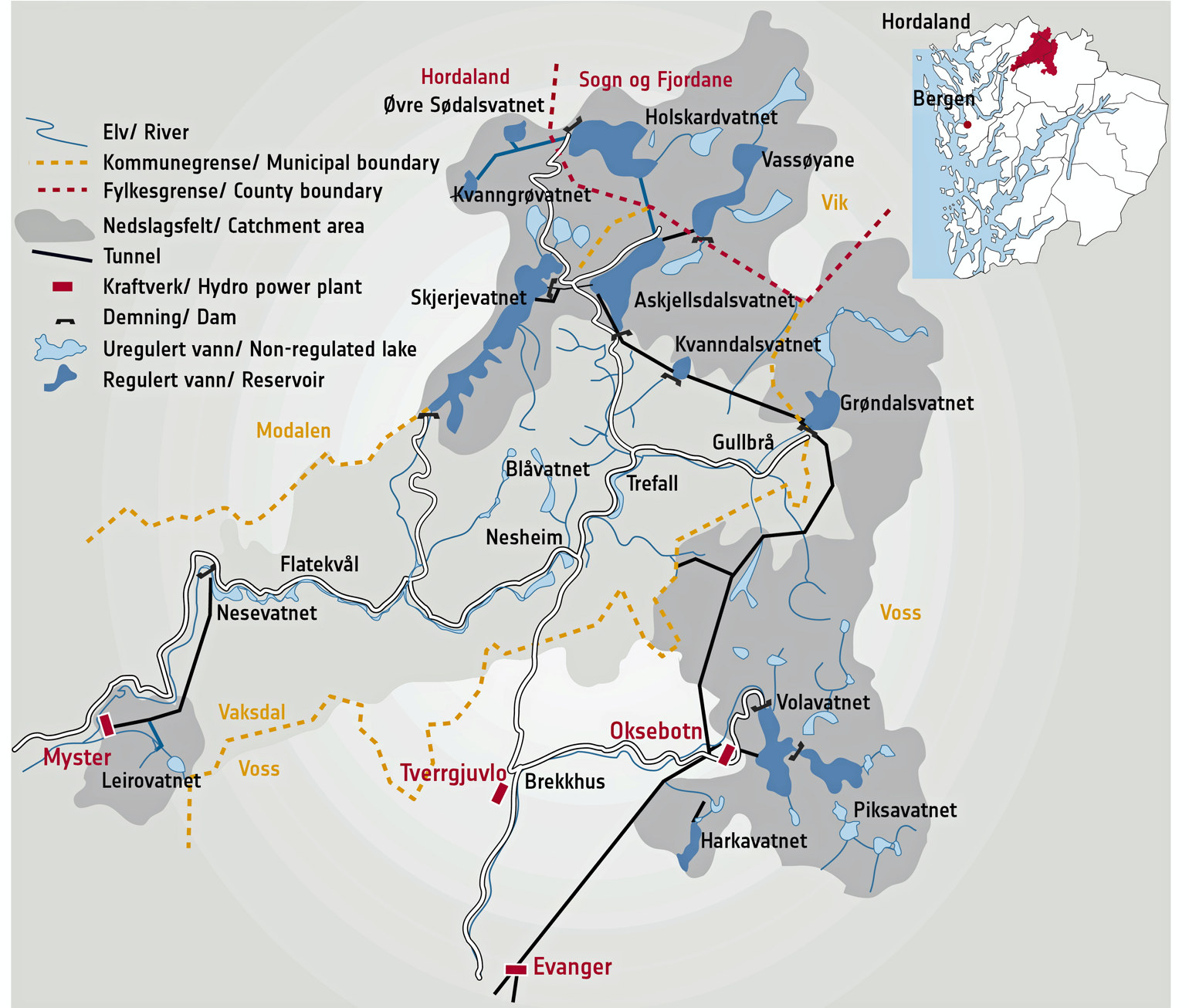 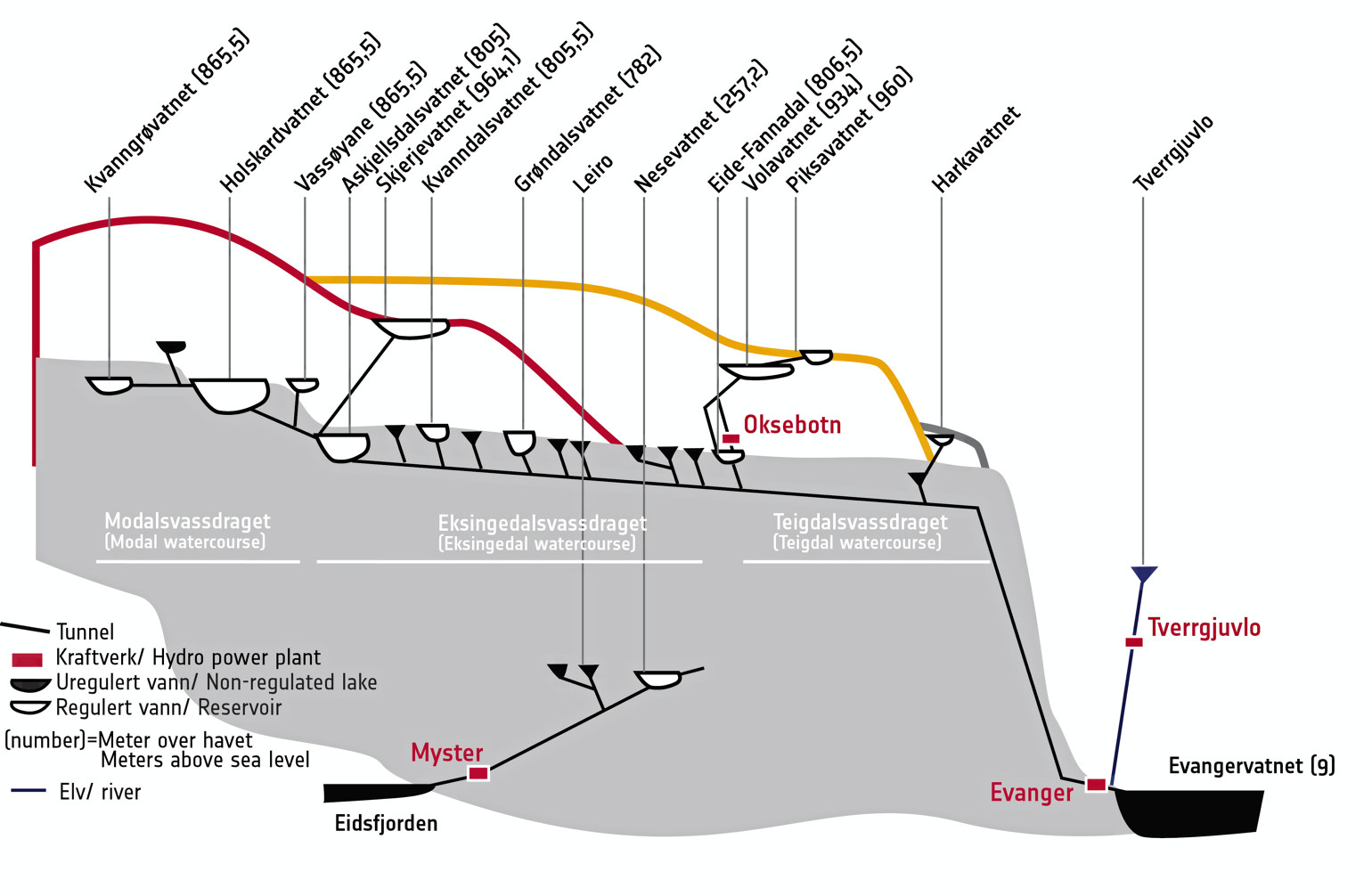 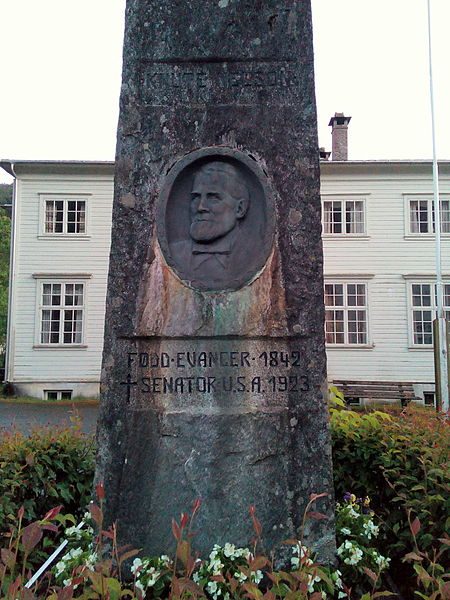 Knute was born in 1842 on a mountain farm at Kvilekvål in Evanger. His mother, Ingebjørg, was unmarried and had to provide for the boy on her own. When he was only six years old, she borrowed money and took her son with her to America.

Knute, who later took the name Nelson, acquired an education as lawyer, and practiced law in addition to his farming activities. He was elected governor of Minnesota in 1892, and senator in 1895, as the first Scandinavian. He was later re-elected time after time and sat in the Senate in Washington for 28 years. He was involved in law-making processes, and was for many years chairman of the law committee in Congress.

The following articles contain a wealth of information about Knute Nelson and Kvilekvål:

The gate to the landscape, UiB

Please view our Airbnb page and our listing on Booking.com.

After we moved into the house in 2017, it took time to get everything in order. We waited until the following year to open the café, and were finally ready in June, just in time for the annual EvangerLaurdag event. The Mayor of Voss, Hans-Erik Ringkjøb, came to cut the ribbon and declare the café open, after local musician Vemund Styve had played a fanfare on the flugelhorn to bring everyone together. My son Benjamin Berdous played on the stage throughout the day.